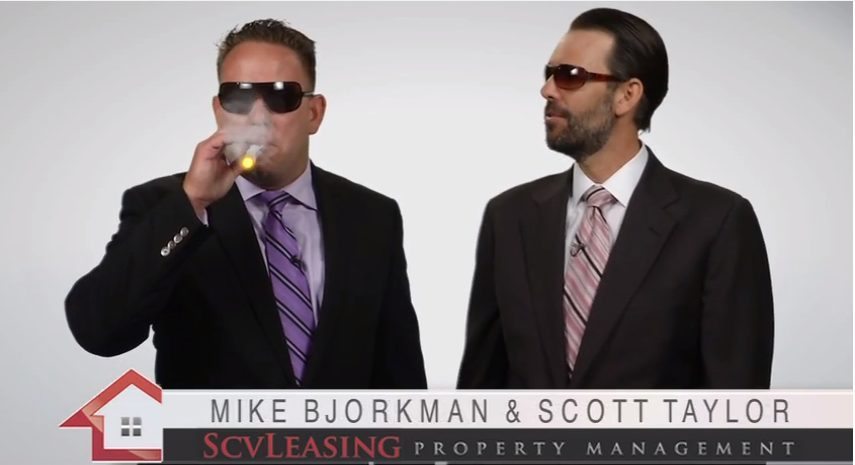 Medical marijuana is a big subject these days not only in California, but throughout the tenant/landlord world.  There is much confusion and debate about what is and is not legal.  In preparing this newsletter I consulted many interesting resources.

Setting moral and personal preferences aside, this newsletter has been constructed to simply provide you with the latest information that I can find on this subject.  Hopefully it will shed some light on a more-and-more common situation.

In November, 1996 California voters passed Proposition 215 – the Compassionate Use Act (CUA) “[t]o ensure that seriously ill Californians have the right to obtain and use marijuana for medical purposes where that medical use is deemed appropriate and has been recommended by a physician.” This proposition is now set into law under California’s Health & Safety Code §11362.5.

The law gives a person who uses marijuana for medical purposes, with a physician’s prescription (also commonly called a “card” or a “license”) a defense against certain State criminal charges involving the drug, such as possession or cultivation. In addition, under California’s Health & Safety Code §11362.77, qualified patients are allowed to cultivate up to six mature or twelve immature marijuana plants.

To date, federal and state court judges have sided with property and business owners who have refused services or accommodations to individuals who smoke and/or possess marijuana for medical purposes. The California Legislature continues to grapple with this topic and the state courts continue to receive complaints from individuals who claim they have the legal right to use marijuana.

In 2005, the U.S. Supreme Court held that Congress has the authority to prohibit local cultivation and use of marijuana, notwithstanding the fact that it is allowed by state law. The defendants in Gonzales v. Raich argued that the federal government had no authority to regulate marijuana that is produced and consumed locally because it does not cross state lines. The court held that Congress’s power to regulate interstate markets for medicinal substances encompasses the portion of those markets that are supplied by drugs produced and consumed locally because the Constitution authorizes the regulation not only of interstate commerce, but of activities that substantially affect interstate commerce. As a result, compliance with California’s Compassionate Use Act is not a defense to a federal marijuana related crime.

A California Supreme Court employment case, Ross v. Ragingwire Telecommunications, suggests that the CUA does not require an owner to allow the growing, smoking and/or possession of medical marijuana in residential rental property as a reasonable accommodation for a disabled person. In that case, the employee was fired when a drug test revealed his marijuana use, which had been prescribed by his physician for chronic pain. The Court held that, “California’s voters merely exempted medical users and their primary caregivers from criminal liability under two specifically designated state statutes. Nothing in the text or history of the CUA suggests the voters intended the measure to address the respective rights and duties of employers or employees.”  Moreover the Court held that the CUA does not give “the plaintiff a right to use marijuana free of hindrance or inconvenience, enforceable against third parties.”

In 2006, a federal district court in Washington State held that a housing authority was not required to make a reasonable accommodation to allow a Section 8 tenant to use medical marijuana pursuant to Washington State law. The court held that the housing authority had no duty to accommodate an illegal drug user because “reasonable accommodations do not include requiring [the housing authority] to tolerate illegal drug use or risk losing HUD funding for doing so. This case, Assenberg v. Anacortes Housing Authority, was upheld by the 9th Circuit Federal Court of Appeals, who’s jurisdiction includes California [268 Fed App 643 (9th Circuit, Washington, 2008)] and subsequent review by the Supreme Court of the United States was denied on October 6, 2008.

New cases are being brought forth and decided every day in our courts.  So if you would like more current scholarship on the matter I would refer you to an attorney of your own choosing.

Much of my research on this subject kept coming back to one point, “What does the lease say?”.  The lease we use at California Leasing is prepared by the attorneys over at the California Association of Realtors who have seemed to anticipated just this situation.  The lease contains a couple of key provisions.

Provision 14 is the non-smoking provision.  All California Leasing managed properties are non-smoking.  Thus, the simple act of smoking in the premises would constitute a breach of the lease agreement.

Moreover, should a tenant decide to smoke in one of our managed properties they should be aware that in order to remove the odor caused by smoking the landlord may need to replace carpet and drapes and paint the entire premises regardless of when these items were last cleaned or replaced.  Funds for said work would be security deposit deductions.

The second provision of importance here is Provision 15A which in part states that the tenant shall not use the premises for any unlawful purpose including using, manufacturing, selling, storing, or transporting illicit drugs.  And that seems to be the big one in all my research.  Most of the tenant’s rights attorneys that I can find who write on this subject seem to concur that if the lease specifically forbids the act then it is thusly forbidden.

In addition to the foregoing there is also the possibility for a homeowner’s association (HOA) to be in play on this subject.  If your rental is in a HOA then the tenant has the obligation under the lease to abide by all HOA covenants, codes, and restrictions (CC&Rs).

Many modern CC&Rs restrict an owner from using their property to engage in illegal or criminal conduct. If your CC&Rs include such a provision, growing marijuana is a violation and would subject the owner, and by extension the tenant, to disciplinary action by the association.

Even if the CC&Rs do not prohibit illegal conduct, all CC&Rs have a provision against creating a nuisance. Regardless of the legality of the marijuana plants under state law, their presence may still be deemed a nuisance. Marijuana plants have a strong odor that some find extremely unpleasant, and several plants grouped together can produce an overwhelming odor for neighbors or passers-by. Also, they may attract criminal activity, a legitimate concern of the person’s neighbors. The strong smell as well as safety and security issues fall under the nuisance provisions of the CC&Rs.

At this point some might ask what the big deal is.  After all, we are just talking about growing some marijuana for personal consumption.

Legalities aside, there are other good reasons not to allow a marijuana grow or use in your rental.  The growing of marijuana produces very high heat and humidity conditions which can cause the growth of mold and mildew in your unit when not vented properly.

Police and Sheriff’s deputies have reported witnessing unsafe and damaging conditions. First, marijuana grows require large amounts of electricity, and amateurs will sometimes change out the breakers on the electrical panel to higher amps than the wires were designed for, which can overload the electrical system and cause a fire.

Venting is also a problem where some will actually cut holes in the floor to create a fresh air intake under the house, then cut holes in the ceiling to vent the hot, humid air into the attic. This can often be smelled from the street and be bothersome to neighbors. Finally, the leaves of marijuana plants have an oily surface, and this oil can permeate your walls and carpet, making them nearly impossible to clean.

Obviously there is a conflict between state and federal laws going on here. However, just because the state allows the growing of marijuana does not mean a landlord must allow it.  Moreover, the courts seem to generally support the claim that marijuana use, even “medical” marijuana use, is not a necessary reasonable accommodation.

In addition, there is the HOA to be considered.  Many properties in the Santa Clarita Valley are in a HOA.  Engaging in illegal or criminal conduct, or creating a nuisance, usually falls within the purview of the HOA’s governing documents.

And finally, the conditions for cultivation and use should be considered.  Cultivation requires certain physical conditions which the average single-family residence was not constructed to support.  Moreover, the simply use of marijuana creates a violation of the lease.

We use cookies to ensure that we give you the best experience on our website. If you continue to use this site we will assume that you are happy with it.Accept